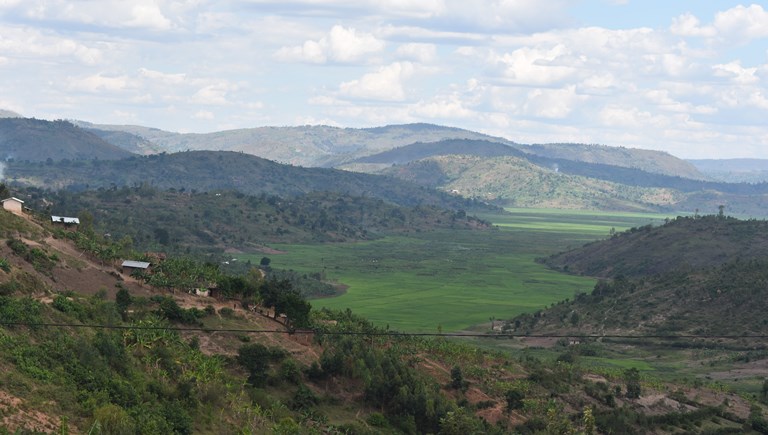 In all these 14 health centres, you could see and feel the contentedness from the young and old men regardless of the fear of pain that comes with being circumcised. All the men who were around collectively shared that the preeminent reason for being part of VMMC was to reduce the risk of female-to-male sexual transmission of HIV by 60%. Moreover, the men who came for VMMC mutually discussed that VMMC surges hygiene in male genital areas and reduces the risks of transmitting other STIs and Human Papilloma Virus which causes cervical cancer in women.

Thanks to the great work of the doctors, nurses,  schools, health centres’ administration, AHC’s team, and the local government administration, in only two weeks 6,815 males were voluntary circumcised through the AHC VMMC Campaign in Gisagara and Musanze Districts.

Ernest, 22, is a young boy from Agahabwa in his last year of high school at Ecole Secondaire Kigembe. Ernest is aspiring to become a high school teacher and to improve Rwanda’s development. As he prepares for his National Exams, Ernest took some time during his school break to come for the AHC VMMC campaign. Ernest says that what prompted him to come was “for hygiene purposes”:  When I heard about this campaign the first thing that absorbed me was the hygiene part. But also, I will be protecting my life and the wife I will marry.” Ernest also showed us six other colleagues, he had brought with him from school to participate in the AHC VMMC campaign.

Ananias, 19, is a senior five student at E.S Kigembe whose dream is to become a soldier. Ananias mentioned that he has been wanting to be circumcised for so long. “I once walked almost 6km to get circumcised but I got there late and couldn’t get the service. Today is my happy day, the service was brought nearer.” When I asked why he longed for the VMMC services so much he answered quickly and promptly, “Hygiene, hygiene is the main reason why I am here, I got to learn more about VMMC through a radio advertisement, and the cleanliness part preoccupied me particularly.” Ananias concluded saying that there is a need to educate more men and boys about VMMC and its benefits.

Jean Claude is a 23-year-old who recently graduated from high school and is looking for his next steps in life. Jean-Claude heard about the VMMC campaign from his girlfriend who wanted him to get circumcised and even accompanied him to come to get circumcised. “My girlfriend told me that getting circumcised will reduce the chances of getting HIV by 60% but that mainly it will improve my hygiene in general.” When I asked him if he came voluntary he replied with no doubt “ I was really happy she mentioned it. When you are young you hear all sorts of misconceptions and rumours about circumcision, so when she educated me on VMMC I understood the importance and the fact that I will be protecting her and myself as well.” Jean Claude also mentioned that something new he learned today was that getting circumcised shouldn’t be considered as protection but as prevention.

Soeur Phaina Utamuriza is the Director of Mugombwa Health Centre. When talking to Sr. Phaina, you directly grasp her dedication to improving healthcare in Mugombwa which radiates from her discussions and actions. “I was very happy and welcomed this campaign for I know the importance of VMMC, especially for my people here in Mugombwa.” She went on and expanded that it will effectively prevent HIV transmission, and improve sanitation among the men and young boys here in Mugombwa.” When I asked Sr. Phaina how she perceived the whole VMMC campaign she replied “Here in Mugombwa we had a high demand of men who wanted to get circumcised, so having AHC coming here was very helpful since we didn’t have the resources to circumcise such large numbers, either materials or the nurses, but this was very helpful.” She continued, “On top of that, this is beneficial to the health center, my staff gets to learn from experts, the people of Mugombwa and our nation as a whole.” As I was walking around Mugombwa Health Centre, I realized that the largest population was the youth in their 20s. So, I asked Sr. Phaina why most Clients are young, “Young people are more open-minded, educated, they know most information and the reason for getting circumcised,” and then she cracked a joked: “plus it is free.” Sr Phaina concluded that “The health organizations, Ministry of Health, and the government should put more effort in sensitizing the population on circumcision.”

Photos from the VMMC Campaing in Gisagara District