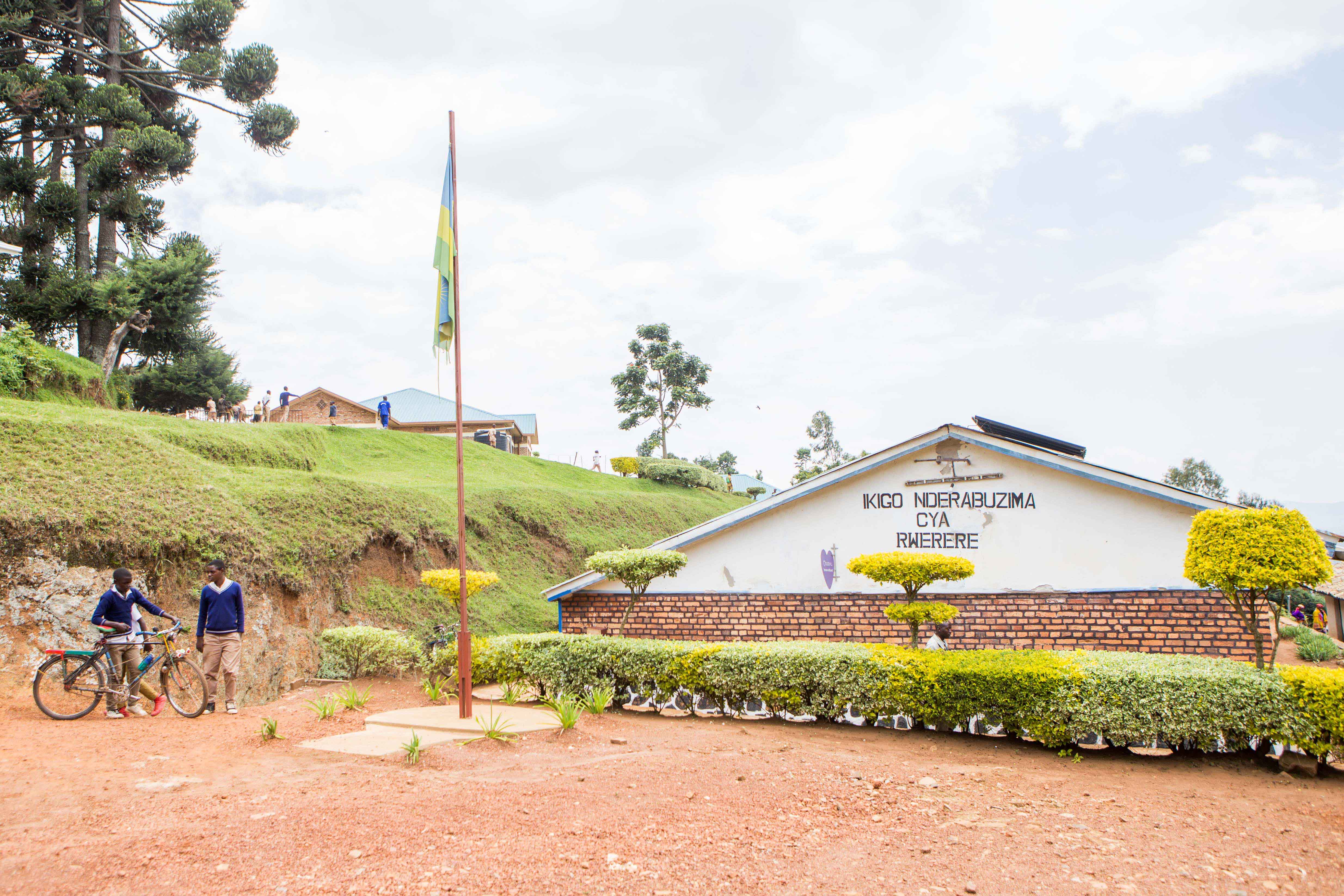 As you approach Centre de Santé Rwerere in Rwanda’s Burera District, boys with furrowed brows come into view. Some are in line, clutching blue vaccination cards stating their name, age and tetanus vaccine history, while others relax under trees, clutching their waistband. Everyone is waiting to get circumcised or has just undergone the quick procedure. Dr. Eugene Rugira, Alliance for Healthy Community’s (AHC) Clinical Director, walks through the clinic, smiling and cracking jokes when he can to cut through the palpable tension, putting some boys at ease. Farther north, the energy at Centre de Santé Ruhunde, another AHC campaign site, is vibrant, partly due to the other school children running around with no worries of an impending medical procedure.

Despite the nerves, young boys and older men participating in AHC’s voluntary medical male circumcision (VMMC) campaign express pride in taking steps to protect themselves, their families, and even their nations, as one student put it, from HIV infection. VMMC reduces the risk of female-to-male HIV transmission by approximately 60%. It has also been proven to reduce the risk of transmitting other sexually transmitted infections (STI), including the human papillomavirus (HPV) that causes cervical cancer. 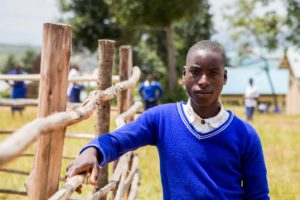 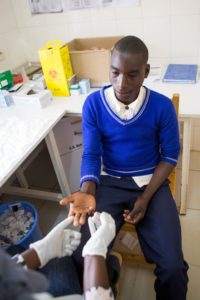 At 18 years old, Dieudonée is completing Senior 3 at Groupe Scolaire Rusekera, where his favorite class is physics. Outside the clinic, he discussed his school’s meeting on VMMC, emphasizing that when you reduce your chances of contracting HIV, “You’re not only protecting yourself from disease, but also your family and nation.” Though his family does not discuss HIV at home, all but one of his brothers has been circumcised to reduce the risk of transmission. After finishing classes for the day, he planned on going home to persuade this brother to get the procedure, “It may take some time to convince him, but I’ll work on it.” 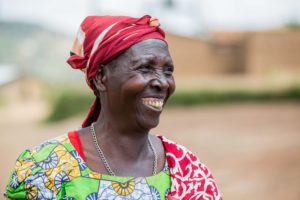 Sitting on the grassy sidelines of the campaign, Florida observed the lines of students holding their medical papers, “It’s a beautiful thing what’s going on here today. From my generation’s perspective, anything done to protect the younger generation is a wonderful thing.”

Through community meetings, Florida and her family learned that circumcision reduces female-to-male transmission of HIV by 60%, “But we assumed it would cost money,” she mentioned, “so we never sought it out.” After hearing about this free campaign, Florida and her son’s families were grateful, “I’m excited to say my grandsons are coming here later this week.” Overall, her hope for her grandchildren is “For them to live long and healthy lives, and this [campaign] is helping that.”

“There’s been a huge change over my lifetime,” she mused, “when I was younger, many people were dying from AIDs. It was everywhere. But today, we have medicines that work, and people are no longer dying.” She underscored how these efforts have also made people more aware of other STIs, and have subsequently encouraged communities to get tested for life-threatening conditions like cervical cancer, “which is truly a great thing,” she added. 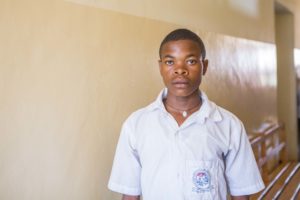 During school, Jean-Baptiste loves studying literature and languages, including Kiswahili. At 18 years old, he’s already hoping to leverage his studies to develop a career in journalism. Jean-Baptiste talked about “having no fear,” ahead of his circumcision procedure that day, as well as his afternoon exams. This confidence permeates into his home, where he said his family and close friends speak openly about HIV, “I think it’s important to be open, because once people are talking about a disease, we can actually prevent and treat it.” 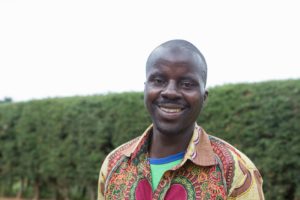 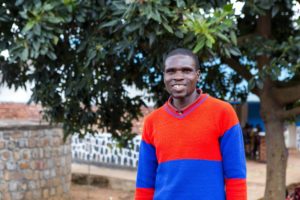 At the age of 36 and 30 respectively, Evariste and Marc were some of the oldest clients getting circumcised at Centre de Santé Rwerere. Both live in nearby villages and work as farmers harvesting potato, maize, sorghum and bean crops throughout the year. After hearing about VMMC on the radio and through friends, they learned how this simple procedure could help partially protect themselves against HIV. Evariste pointed to his wife as further motivation for the procedure, since it would also partially protect her from contracting cervical cancer and other sexually transmitted diseases.

As some of the only “adults” in the room, Evariste reflected on the need to educate this population that is no longer in school, “For example, yesterday’s group meeting explained the benefits of VMMC to adults. This is great because now they can teach kids these important lessons.”

Marc emphasized that bringing these conversations from the clinic to the community is still a challenge. Yet, over time, he believes this will change and people will become more open, “At the end of the day, we are all human, we all make mistakes, but we must try to be open and honest about things like our HIV status in order to protect others and ourselves, and to live a healthy life.” 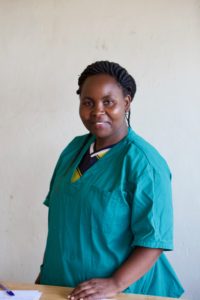 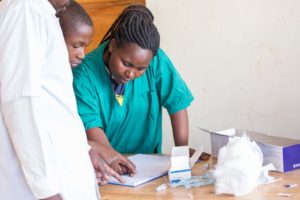 Shemsa started her day as a midwife, but was soon pulled into supporting the busy VMMC campaign to administer vaccines to reduce the risk of tetanus infection following circumcision procedures. This is typical for a nurse she said, “we really do everything.”

After three and a half years of experience, Shemsa said she was pleased with how the community at large has become sensitized to talking about HIV and to VMMC. Their main challenge, however, has been reaching this remote health post. Transport in terms of medical equipment can be difficult, and gathering the community for educational meetings on health can be arduous because of the winding hillside roads, many of which are under construction. Despite these challenges, she insisted that sexually-active clients make the effort and get tested. 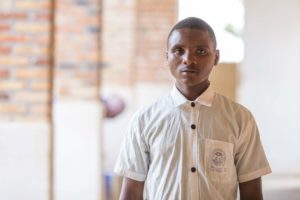 Jean is 19 years old and lives in Gatebezi village in Burera District. After his classes, and before his 2:00 PM exam, he paused in the hallways of Centre de Santé Ruhunde to reflect on his studies, dreams of becoming a policeman, and the campaign activities bustling around him. “We learned in school that getting circumcised will reduce our chances of getting HIV by 60%,” he said, reciting the statistic with precision, “I’m glad I learned about this, because a healthy life is also a happy one. My advice to the younger boys is to get circumcised in order to protect themselves against these diseases.” 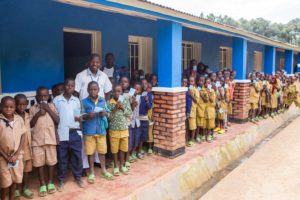 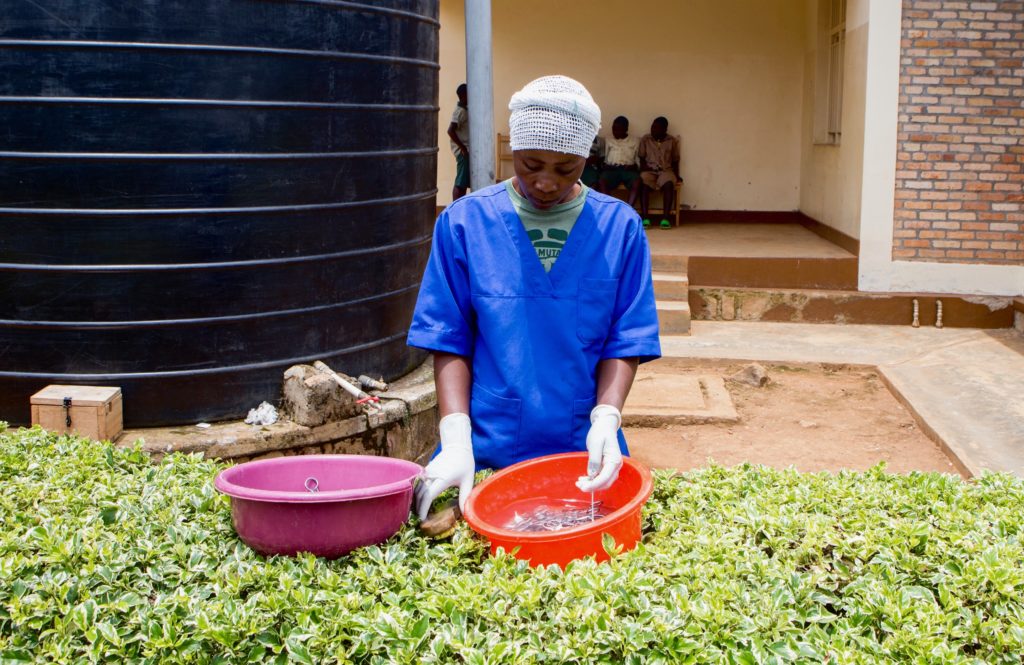 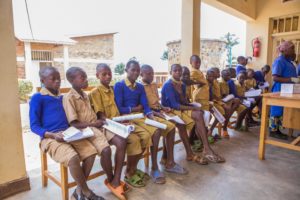 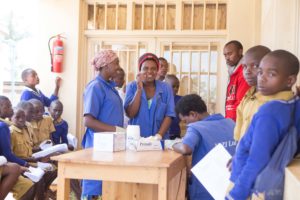 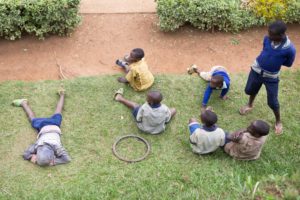 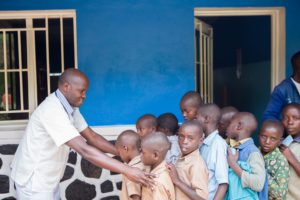 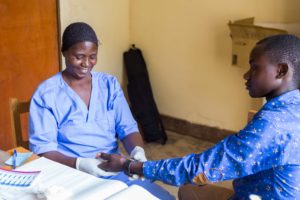 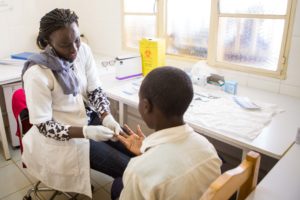 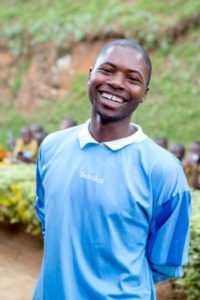