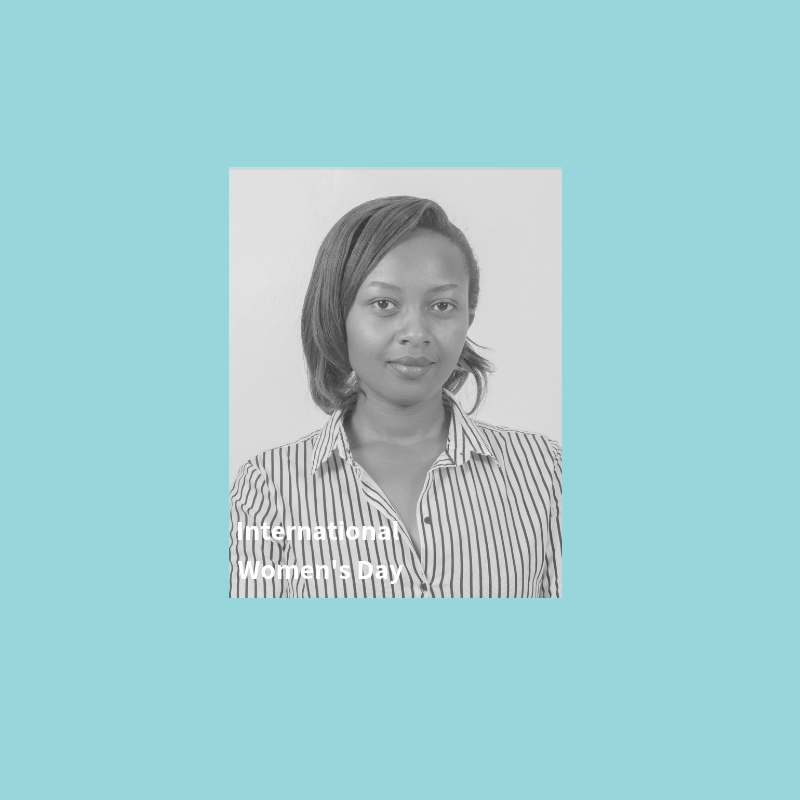 When women are given equal opportunities and access to health and education services, whole societies reap the benefits. What’s more, when women are involved in the design, development and overall decision-making processes of those services, societies become more inclusive and gender-equal.

So, what is stopping us from realizing this world? One of the largest barriers today is the under-representation of women in the fields of science, research, technology, engineering, mathematics and design. In sub-Saharan Africa, only 31% of researchers are women, and globally, this number drops to 28%. Persistent gender stereotypes, as well as the lack of autonomy to choose education and career paths, both contribute to the underrepresentation of women in this field.

When it comes to the health sector, women make up 75% of the global health care workforce, yet occupy less than 25% of the most influential leadership positions. This deficiency directly impacts health outcomes of entire societies, because when women hold decision-making positions in health, they help ensure women’s lifelong health needs are recognized and integrated in health policies, as well as adequately researched. This inherently leads to more gender-responsive innovations that benefit whole societies.

In line with this year’s International Women’s Day theme, “Think equal, build smart, innovate for change,” we wanted to speak with one of Alliance for Healthy Communities (AHC) very own women in science and health champions: Dr. Maguy Mbabazi, AHC’s Deputy Clinical Director.

At AHC, Dr. Mbabazi helps coordinate clinical activities for the HIV prevention, treatment and care program, which often focuses on vulnerable populations largely made up of women. Outside of AHC, Dr. Mbabazi has supervised, trained and worked with patients in two of Rwanda’s district hospitals as a medical doctor in the gynecology, pediatric and internal medicine departments. She is currently finishing her Master’s in Medicine degree.

In your opinion, what are some of the opportunities and challenges to achieving a gender-balanced world here in Rwanda, particularly in the health care and scientific fields?

In Rwanda, the fight for gender equality has gained a lot of momentum, and the country has made significant strides in giving a voice to women at all levels. A great example is the very deliberate efforts to educate young girls, particularly in STEM, and specific programs to reward them when they excel in this domain. At a higher-level, it is a well-known fact that Rwandan women are well represented in leadership across the board; over 50% of parliamentarians in Rwanda are women.

However, challenges still remain. Gender-based violence (GBV) is unfortunately still a problem every country in the world grapples with, and one I hope we will soon overcome here in Rwanda. GBV, particularly for young school-aged girls, prevents young learners from fully benefiting and pursuing a STEM education. And when women pursue STEM in higher-education, they all too often run into forms of GBV and sexual harassment in these largely male-dominated academic fields.

How have you personally contributed to creating a gender-balanced world through your work in public health?

At AHC, I aim to reduce the rate of HIV infections through careful coordination of our HIV program’s clinical activities related to prevention, treatment and care. Much of this work targets vulnerable and at-risk populations, which are largely made up of girls and women. When these women are supported through our programs, we’re contributing to giving them an equal shot at a healthy life.

Yet, my volunteering experience helping women affected by obstetric fistula remains my most memorable experience in this area of work. Obstetric fistula is hardly ever talked about in the medical community. It’s an abnormal opening between a woman’s genital tract and her urinary tract or rectum, caused by prolonged and obstructed labor, which is among the leading causes of maternal morbidity and mortality in the African region. Women with this condition are often rejected by their husbands, and shamed by families and communities. By providing free surgical and psychological support to these women, we enabled them to not only regain their health, but also their dignity.

Through your clinical work, how have you seen gender inequality impact women’s vulnerability to certain diseases, such as HIV?

In my clinical experience, women are often more vulnerable to sexually transmitted diseases, especially HIV, largely because they have difficulty “bargaining” with their male counterparts about the need to use condoms. This – along with a lack of access to, and autonomy in choosing, contraceptive methods – also results in a high number of unintended pregnancies, which makes young women even more susceptible to a range of other diseases and conditions. Thankfully, there have been new commitments made by the Rwandan government to include sexual and reproductive health in school curriculums, as well as provide inclusive family planning programs within communities.

Reproductive health is often viewed as a women’s issue, when in reality, it impacts everyone. From your experience, how can men play a larger role in ensuring women have equal access to health services?

It’s unfortunate that sexual and reproductive health (SRH) is all too often viewed as an exclusively women’s issue. If men were more involved in seeking the right information about SRH, we would have fewer unintended pregnancies, sexually-transmitted-infections, gender-based-violence crimes and much more. I see this largely as a mindset issue that’s formed very early on in life. If we’re to change this way of thinking, young boys must be educated about SRH, but also about positive masculinity, empathy, and respect for themselves and of girls and women.

Role models and mentors are key to empowering other women, particularly young girls. How have these figures played a part in your life?

Though there are not nearly enough women in the medical field, I did have the privilege of growing up surrounded by resilient women to look up to. Whether it was a role model at school, church or work, I witnessed women who, against all odds, rose above their personal difficulties and thrived. The way these women pushed through barriers with compassion and grace and still came out victorious has been a big influence in how I strive to be in life, and hope to influence others.

I was particularly influenced by a female family member who was practicing medicine when I first started my undergraduate degree. I had originally wanted to study engineering – still breaking gender stereotypes at the time, albeit unknowingly – but watching her defy conventional norms in the medical field and use her passion to improve the health of vulnerable populations truly inspired me to do what I do today.

Last but not least, you recently showcased your research on viral suppression of HIV patients in Rwanda at the Africa Health Agenda International Conference here in Kigali. Congratulations! Tell us a bit more about your findings.

Thank you! For a bit of background, the main goal of antiretroviral therapy is to achieve viral load (VL) suppression, meaning maintaining a low threshold of the virus in the blood, which is reported as the number of copies per one millimeter of blood. An undetectable VL allows the patient to lead a healthy life, and greatly reduces their risk of transmitting HIV.

The objective of our study was to assess the rate of VL suppression in patients under the first line of highly active antiretroviral therapy (HAART) at the Rwanda Military Hospital (RMH), AHC’s core partner. We also wanted to investigate the determining factors associated with undetectable VL. Our study is the only one that has used a VL suppression cut-off of less than 20 copies of the virus found in blood. For a comparison, the World Health Organization (WHO) uses a VL suppression cut-off of less than 200 copies.

We found that 80.8% of RMH patients had undetectable VL by our measures at the time of this study, which is a clear indicator that patients are responding well to medication. When using the WHO measure of less than 200 copies, the suppression rate was found to be 93%. Another important finding was that people who had a good adherence had a high level of viral load suppression rate at 94%.

After conducting this study, I believe we must put more emphasis on treatment compliance for all patients, but particularly for those who face barriers to receiving and consistently taking their treatment.